Microsoft Windows 10 with Ample of Hype

By Examsavvy January 25, 2015
Microsoft the leading operating system service provider of the computer and Laptop screens in effective rates. Though the Google is certainly has an unassailable positions with the Smartphone operating system services (with Android), the same position is holding by Microsoft in the Computer world. They have certainly come up with the brand new ideas with the Windows 8 and Windows 8.1 Amber update categorically. This move is really impressive for the computer lovers to have their fun without looking at their Smartphone (most Android) for sure. After a dent update and upgrade process, Windows 8 become one of the flagship release made by Microsoft. 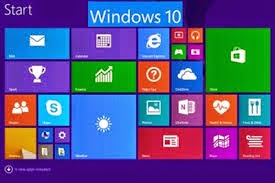 Lumia Denim Update on Windows 8 Mobiles:
Interestingly, Microsoft acquired Nokia (one of the leading global mobile hardware makers) over a year ago. This move has made them to land their mark in the Smartphone world as well. But still they have been using the flagship named unveiled by Nokia “LUMIA” for the Smartphones even today. The Denim update (right after the Amber) fixed ample of issues users faced with the Windows mobile in easiest manner. Also, Microsoft raised over 12% than their previous quarter in late 2014.
Windows 10 with Huge Hype:
Microsoft has come up with their brand new ideas in the form of Windows 10 operating system in beautiful manner. In an official event, Microsoft unveiled their Windows 10 operating system which is effectively optimized for the entire screen sizes it powered. The responsive designs is really impressive than their any of the previous version. There are ample of Hypes and Anticipations rose with the Launch of Windows 10 OS. Though the operating system will be made available for the users around the early Feb or mid of the same month, the anticipation is growing in skyline because of the following reasons.
Windows 10 Allows Running with Android App:
Yes, “Windows 10 Operating System allows you to run the Android App” is the major trend, anticipation and even might be the rumor spreading around the web like a wildfire. As the “Cortana” – the phenomenal personal assistant Microsoft app is made as a mandatory with the Windows 10, most of the peoples are also expecting the Android apps could also be made run with it. Another news is that, Spartan browser is collaborated with Microsoft and instead of Internet Explorer 11, you might have experience the features of Spartan with the Windows 10.
1 Year Free Update to Windows 10:
Irrespective of your previous versions Windows (only Windows XP SP2/SP3 or the Windows Vista, Windows 7, Windows 8 and 8.1 all versions) you can avail a phenomenal offer from Microsoft. Yes, for the first year of Update or Upgrade, you don’t have to pay any penny to MS. Hence it’s very easy to update your Older version Windows to the most latest for free.