By Examsavvy May 26, 2015
Sony has been really doing some brilliant piece of work to ensure the finest way of pleasing the customers with incredible choices of Smartphones in the market. Hope you know, Sony has launched two Smartphones in India today, one if Sony Xperia M4 Aqua, which is a Dust & Water proof technology enabled device. The rest comes with merely same specs but without the IPX certifications. The second mobile launched by Sony today in India is coined as “Sony Xperia C4”. The implementation of the Android Lollipop OS along with few best in class features will definitely make the users to stand with this mobile. 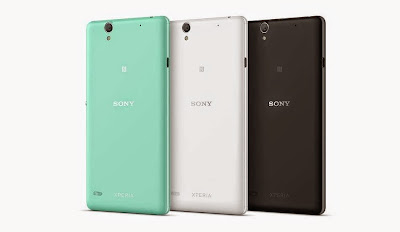 Key Features of Sony Xperia C4 Smartphone 2015:
Software Aspects of Sony Xperia C4 4G Mobile:
While coming to this department of Sony Xperia C4 mobile, the operating system and user interface have the highest attention. With respect to that, the trendy Android Lollipop operating system with the version of 5.0 is powered with this mobile. You can get a new, smoother Android experience with the same.
Hardware Features of Sony Xperia C4 4G Smartphone:
Right from the 4G LTE connectivity to the Wi-Fi, GPS, Bluetooth, this Sony Xperia C4 4G mobile has got every latest feature of the Wireless communication for the current generation Smartphone users.
The Sony Xperia C4 mobile is featured with the 5.5 inches IPS Display with the screen resolution of 720*1280 pixels. Handling this slimmer mobile will definitely easy and it also gives premium looks at the hand. As the screen is covered with the Corning Gorilla Glass protection at both the front and rear end, certain usual physical damages could be avoided.
Into the processor sector, you can get decent performance with the 64bit processing capable Octa Core CPU from the MediaTek MT6752 Chipset. The processor is clocked with the speed of 1.7GHz and hence your performance will really be better comparing the rest Octa core CPU’s. To give the polite multitasking performance with the Sony Xperia C4 mobile, it is powered by 2GB RAM followed by 16GB internal memory on board. The on board space of the mobile could be expandable up to 128GB via built in MicroSD slot.
Capturing highly sharp pictures becomes easier and possible with the Sony Xperia C4 4G mobile, as it is powered by decent camera sensors at both the end. At the rear end, you can capture the best quality image and video shoots through an 13MP HD Exmor Sensor camera. The LED flash assists you well in the low light conditions. While coming to the Selfie section of the mobile, 5MP quality sensor makes your selfie even better.