Android L 5.0.1 for Android One Next Week

By Examsavvy February 05, 2015
Android one – a tremendous program initiated by Google, the internet company to reach its services across the world in the budget range for sure. There are ample of features made available with this Smartphone at the entry level budget. The first interesting thing with the Android one program is that, you can get Android One Smartphone for just $100. India is the first country to receive this holly from Google I/O followed by Nepal, Bangladesh, Sri Lanka and recently Indonesia have joined the program as fifth Android One program implemented country indeed. In India, Micromax, Spice and Karbon started to offer a decent budget rate Smartphones through this program. 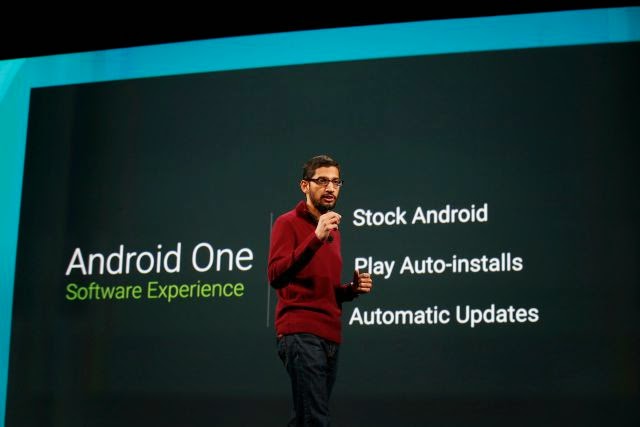 Common Features of Android One Smartphone:
Interestingly, you can have plenty options with manufacturers of the same device without changing any of the hardware configurations. The only difference you can find with the Android One Smartphones in India is their camera positions in the rear along with some Bloatware. Let us some of the common features built with the Android one Smartphones,
Google Promise to Stay Update for 2Years:
One of the most important feature and promises made with the Smartphone is that, Google promise of staying up to date operating system for next 2 years. Yes, Google announced the Android One Smartphone users will get free OTA update with the operating system. This helps you to get new release software (Android OS) without any hiccups and don’t want to move to the rest mobile for OS upgrade needs. This is one of the latest Smartphone that runs with the Android Kitkat version 4.4.4 indeed. As this is considered to be a virtual Google Play Edition Smartphone, because of running on the raw version of Google Android, you will get enough RAM for multi tasking requirements.
Wait for Android 5.0 Lollipop:
As per the promise made by Google, the Android One device to be the first Smartphones to receive the Android L 5.0 Lollipop update for sure. But the thing doesn’t go right for the users. There is no proper update to the Android One devices as per the promise by Google, after being a long time the release of Android L 5.0 to many Flagship mobiles. There is a wide spread (rumor) news about the release of Android L to Android One devices in India on 26th January 2015. Even this too went in vain. But according to the sources, Google announced Android One Program in Indonesia, and the Smartphone in Indonesia (Android One) runs with the Android 5.0 Lollipop OS.
This suggests that, Android L update to the Indian Android One program mobiles are not that far for sure. You will certainly receive the Android L OTA update before the end of the month. Though this is not an official word from Google, the symptoms suggest it. We will give you the live update, stay tuned.