By Examsavvy February 10, 2015
Sony is one of the leading Smartphone makers in the world that has come up certain innovative stuffs to have a decent market in 2015. Xperia is their flagship brand and using which they have been branding the market in excellent manner. Now, they had come up with a new innovative richer Smartphone, termed as Xperia E4. Interestingly, you might know, Sony launched Xperia M along with the dual version of the same, Xperia M Dual. In the same sense, now you can avail the Xperia E4 in single and dual version categorically. Let us check out the complete specs made available with the Sony Xperia E4 and E4 Dual SIM Smartphone in detail. 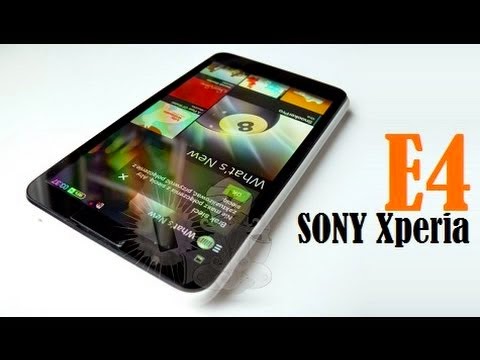 Key Specs of Sony Xperia E4 Dual Smartphone
Operating System:
One of the most interesting features of this Sony Xperia E4 Dual SIM Smartphone is that, this is the first Smartphone from Sony to built with Android latest operating system version 5.0 Lollipop indeed. You can really have a worth of your investment with this Smartphone without any hassle. Most of the app and game developers are serious about making exclusive apps and games to this particular operating system indeed.
Processor:
The processor of the newly unveiled Sony Xperia E4 Smartphone is powered by MedaTek and MT6582 is the chipset version built in. The cortex A7 chipset along with the excellent Quad core technology helps you to have a smoother android mobile experience without fail. The processor runs with the 1.3GHz and well coupled with a finer RAM for lag less Smartphone utilities.
Camera Functionalities:
The camera of the Sony Xperia E4 is really built with decent specs compared with its ancestors. Yes, the rear camera reads about 5MP capacity with the 1080 pixel video resolution requirements at natural lights and the LED flash supports well at the darkness area. The selfie is the one of the most improvised factor associated with the Sony Xperia E4 as the same is powered with the 2MP Capacity along with the option of capturing HD video recording.
RAM and Storage:
The RAM of the Sony Xperia E4 is really built with ample of memory to make a deliberate multitasking. The Smartphone is capable of supporting you with the 1GB RAM for the quad core processor to run smoother than your expectations. The internal memory of the Smartphone is made with 8GB out of the box and the same can also be expanded up to 32GB through external slot.
There are no official words about the product price and availability as well. We will update you about the same in real time manner.