By Examsavvy February 27, 2015
Motorola is certainly making a strong statement in the Smartphone world through unveiling some of the best in class features enabled devices. Moto E is their first ever device to come up in the Flipkart online retail to shake up the entry level Smartphone seller in the same. There is certainly zero flaws with the features enabled with the device Moto E comparing with its price and specs as well. There is a Zero competitor to the Moto E variant back in 2014, until the Chinese maker Xiaomi released the Redmi 1S Smartphone.  The brand and specs made them a number one company to have an entry level market. 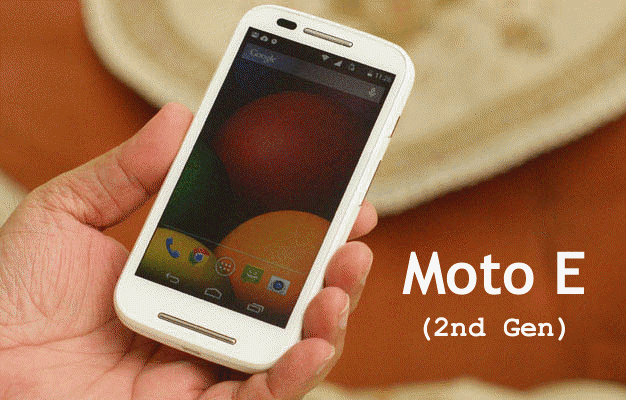 Right after the company is owned by Lenovo, the reputation was slightly getting lower than their ancestors. The anticipation towards the new or upcoming devices will really be higher in the market, and mostly the keenness will be higher than their ancester without fail. Right after one year later, Motorola is expected to release the 2ndgeneration Smartphone of Moto E (entry level Smartphone) indeed. The changes in each evolution is really matters most to get the reliable opinion about the same in style.
This has certainly become possible by comparing the features of Moto E 2014 VS Moto E 2015 in detailed format.
A Quik Table of Comparision of Moto E 2015 Vs Moto E 2014:
The above table certainly shows a crystal view about the specs around the two brand devices in detail. Also, it is the proof of Moto E 2nd Generation, which doesn’t have any much ground breaking changes with it, but has some advanced features for sure.
Considering the minor changes with the Size, mass storage, front camera and slightly higher battery, there are no breathtaking moves associated with them. Though Motorola announced the 3G and 4G version in the same model, only the 3G is made available for sale in India. There is no mean in upgrading to the newbie Moto E if you are already an existing Moto E 2014 Smartphone, but the Moto E 2015 is really worth of the money and brand for the newbie users right way with the latest OS as an added advantage.