By Examsavvy February 18, 2015
Micromax is certainly getting their heat and improvised their sales rate higher than ever right early in the 2015. Micromax earned a status No.1 sale provided company in India, by overcoming the Samsung leadership in the country. One of the major features started right from the launch of the Yu Yureka, a Cyanogens based 4G LTE enabled dual SIM Smartphone at mid range budget. This Smartphone earned them high status all over the world for sure. Now they exceptionally impress the mid range and budget range lovers through unveiling the latest Android L update via OTA. The Micromax A99 Canvas Express is the new and first Smartphone to receive the Android 5.0 L OS indeed. 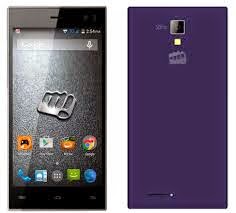