By Examsavvy January 20, 2015
Right from the beginning of the New Year 2015 there are plenty of rumors around the Smartphone makers globally. Certainly some of the rumors have come to an end with the help of the Consumer Electronics Show (CES) 2015 event for sure. But, after the end of the same, the rumors started to spread rapidly around the giant Smartphone makers without fail. In such a manner, Motorola is also falling in this category. There might be several interesting news spreads about the Moto makers of being releasing their next generation devices. According to the same, yesterday, “Moto G Titan” Smartphone leaked in the UK based online retailer. Let us see the complete list of specifications that is possessed with this Moto G Titan Smartphone 2015 in descriptive format. 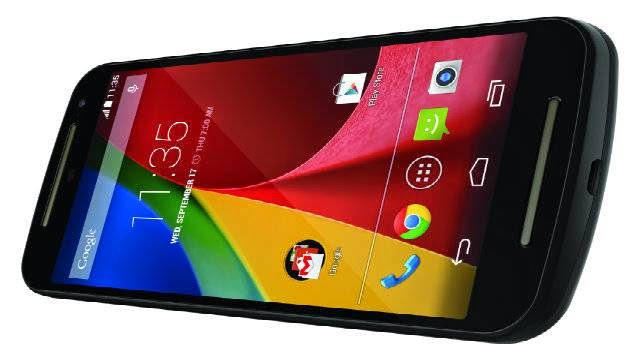 Key Specs of Moto G Titan Android Smartphone 2015:
Operating System Features:
One can really expect the latest Android version operating system with any of the recently launching Smartphones by the Moto makers without fail. In such a manner, the Moto G Titan Smartphone is also running with the latest version of the Android OS. Yes, Android L 5.0 is the operating system powered with this Smartphone categorically.
Display Aspects:
This brand newly leaked Smartphone from Moto has been powered with the 5 inch HD quality screen resolution for sure. The dimension of the Smartphone is measurably 141.5*70.7*10.99 and weights just 6 grams higher than the Moto G Smartphone for sure. The display will really assist you to enjoy the impressive stuffs without any hassle.
Camera Functionalities:
The Camera built in with the Moto G Titan Smartphone will really help you a lot in dual modes. The rear camera is possessed with the 8MP quality which is capable of capturing video and images in HD and Full HD format for sure. There is no official confirmation about the front shooter. But, the front faced camera will really be above 2MP, might be 5MP maximum.
Processor Buildings:
The processor made with the Moto G Titan is really a powerful as their makers. Though the makers certainly uncleared about the maker of the Quad core processor built in with the mobile, we can definitely can’t imagine apart from the Qualcomm Snapdragon. This quad core technology will really help you a lot in making the finest support in terms of multi tasking utilities for sure.
RAM and Storage Supplies:
There is not much interesting effort made by Motorola in this particular department. The Moto G Titan RAM remains the same as their ancestor Moto G. Yes, this Moto G Titan is featured with the 1GB capacity RAM and build in memory supports up to 16GB. There might be a chance of external memory slot as well.