By Examsavvy October 18, 2013
It is really interesting to hear that people do TV campaign for you tube, and other interesting fact is that India is the 4’Th country to do that. We even advertise in television for you tube and during IPL seasons we use you tube extensively whenever it is required for the most.
As of the recent survey taken, India ranks the third largest user for you tube, after USA and UK the other part to be considered is even other smaller countries like Korea, Vietnam and few others are soon joining this eco system
What is making You Tube so famous?
Most of the you tube users are below 30 years, most of the top channels of internet are only based on comedy platforms, You Tube takes up special comedy shows to make it sustain, Viral shoe for instance it’s been developed by IIT students, they aspired to achieve something different in the field so they started this comedy show and 70% of users visit it
Was this idea implemented successful in other countries?
You Tube tried launching the same comedy shoe there at USA and UK but it was not a total achievement there, as people focused only on the You Tube partners and nothing more than that, but in India we have 90% comedy shows and 70% religional shows which is been given which we already have. 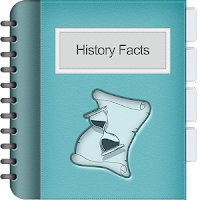 What's the vision of YouTube in India?
Main aim of you tube is too make it as a daily motion for consumers, that is all media related subjects must delivered and consumed by people through You Tube , it’s been done successfully for IPL Matches, since we Indians are cricket Lovers.
Most of the visitors are tire 2 and tire 3 cities, You Tube tried taking to the people at Chandigarh, Haryana and few other places to take media to reach places to that extent and it’s been estimated that in next few years it will reach other 100 billion people.
Penetrations of smart phone in Indian market made it easy, many of the android phone uses You Tube as its play back option and hence its being achieved through many phone users in market too.
India gives the best innovation in TV its aint about You Tube or TV it’s all about quality of picture led there.